You never truly know the extent of dry rot until the area has been opened up, such was the case in this situation.

When surveying the property we could see from within the solum that an outbreak of dry rot was affecting the area around the shower room and adjoining bedroom. The cause of this was due to some faulty pipework within the shower.

Shower and radiators were removed and put aside for later reinstallation, and the areas stripped of plaster, lath, framing, floorboards and joists.

Treatment was also required further up the shower room wall due to a different outbreak from faulty external pointing on the gable end and around the chimney breast.

All exposed areas were treated with our microemulsion masonry biocide before reinstating the new timbers and plasterboard ready for a skim coat of plaster. 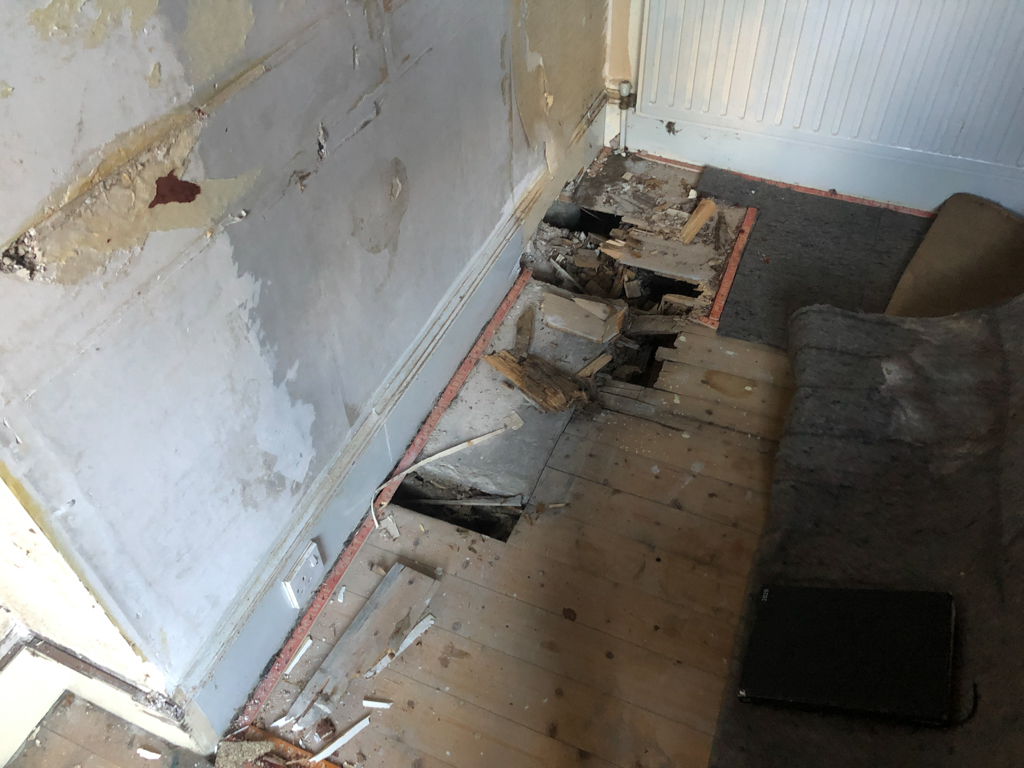 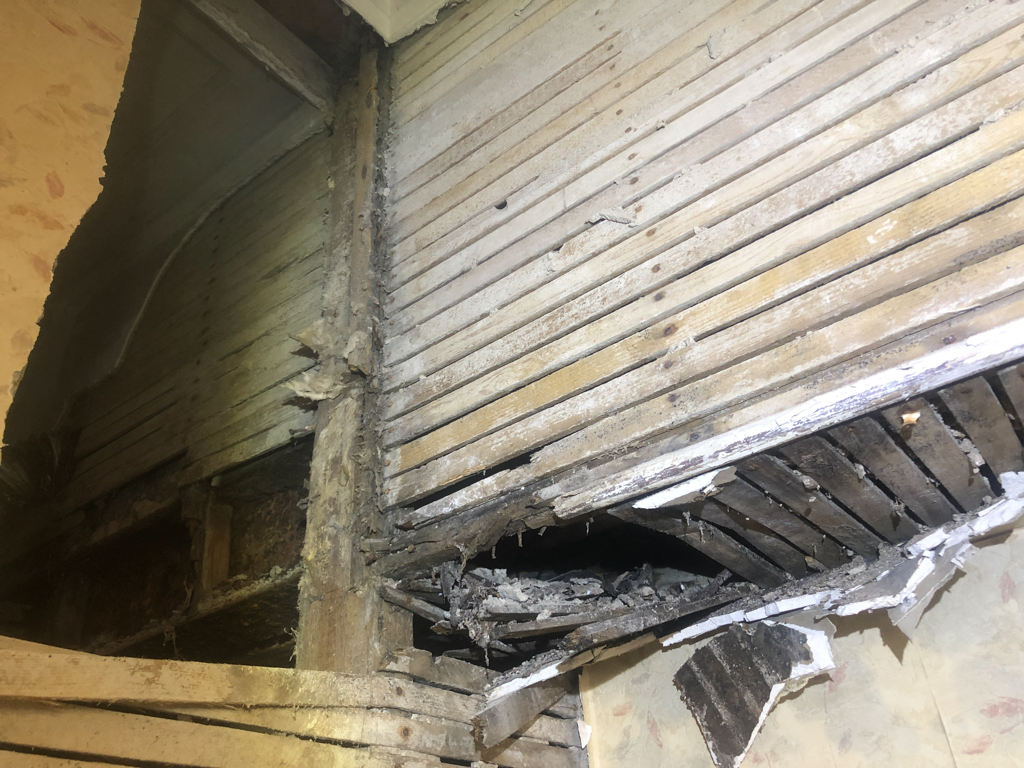 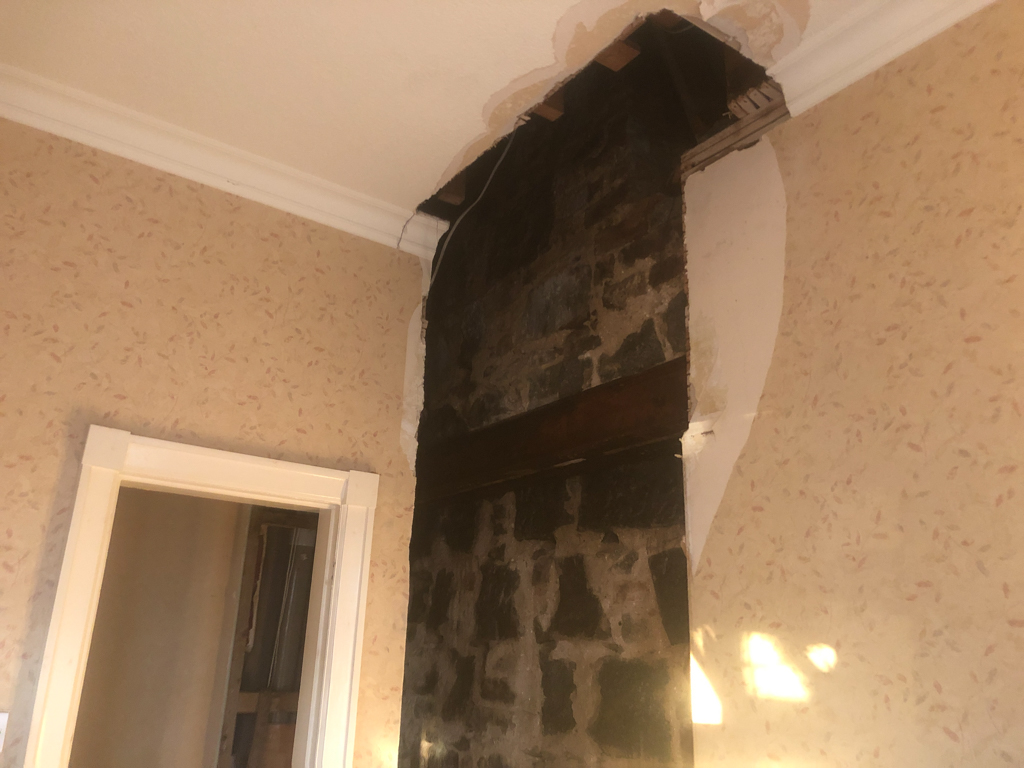 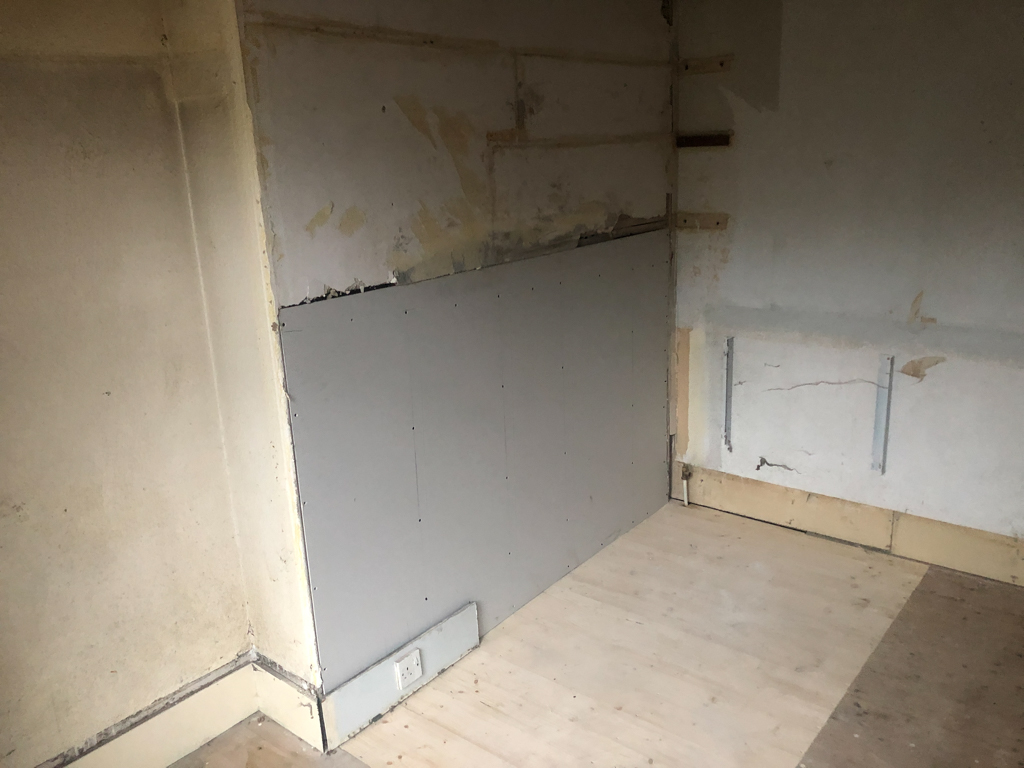