Now and again we come across a situation where you ask yourself ‘why’?

This was the case with a dry rot outbreak at a property in the west end of Aberdeen, where treatment work had been done previously, and prior to the present ownership, in 2 adjoining rooms to the vestibule. The vestibule was of original construction, with colourful quarry tiles decorating the entrance floor. These had started to crack, and the floor began to sag where most of the foot traffic was. We were called in to inspect the situation.

Having a look from below the floor, in the solum, it was clear to see that the joists in the 2 adjoining rooms had been repaired at some point in the ‘standard preservation way’…but WHY was the ones in the vestibule not done? We could only assume that the previous client didn’t want the original tiles disturbed…sadly, that’s just what had to happen.

All tiles, concrete, supporting timbers and joists had to be cut back and removed, and the dry rot fungi on the surrounding masonry treated accordingly.

New joists were fitted along with tongue and groove flooring to match the original in the hallway, and chipboard flooring in the vestibule to accommodate the new tiles.

“When dry rot has it’s way, it takes no prisoners” 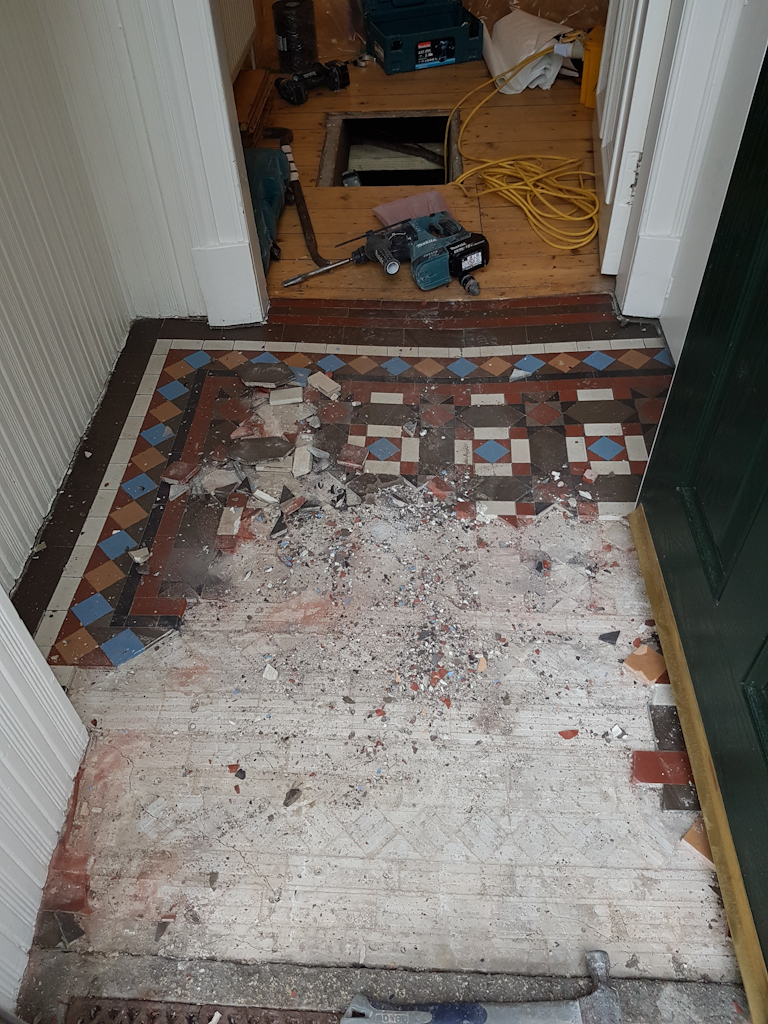 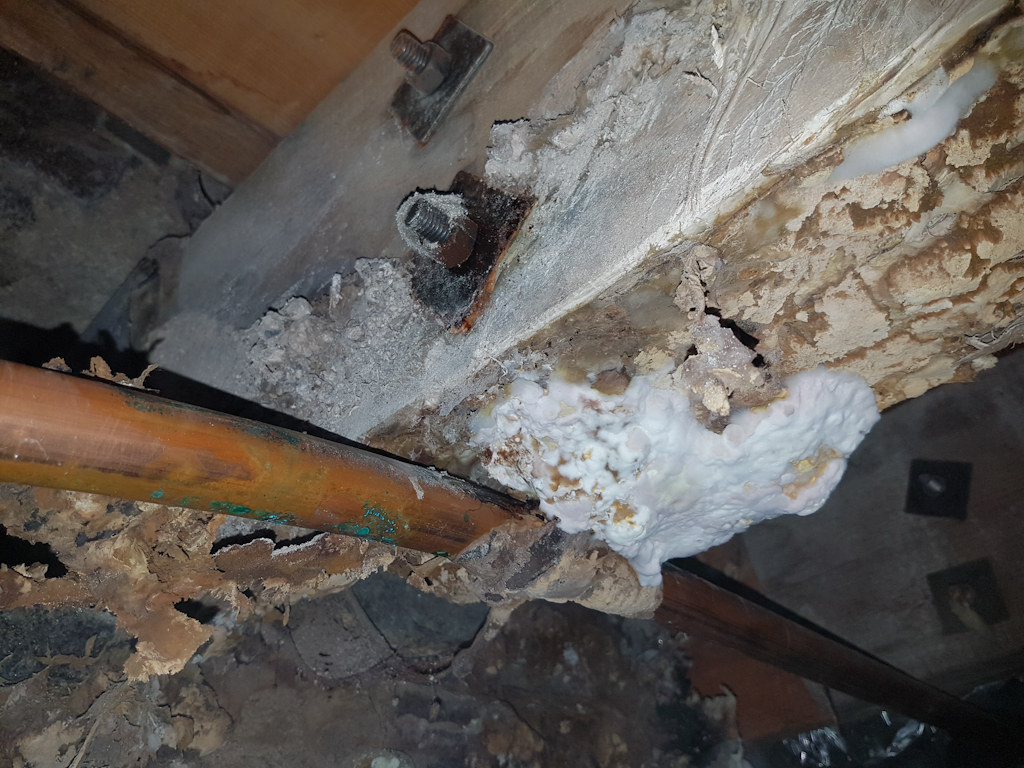 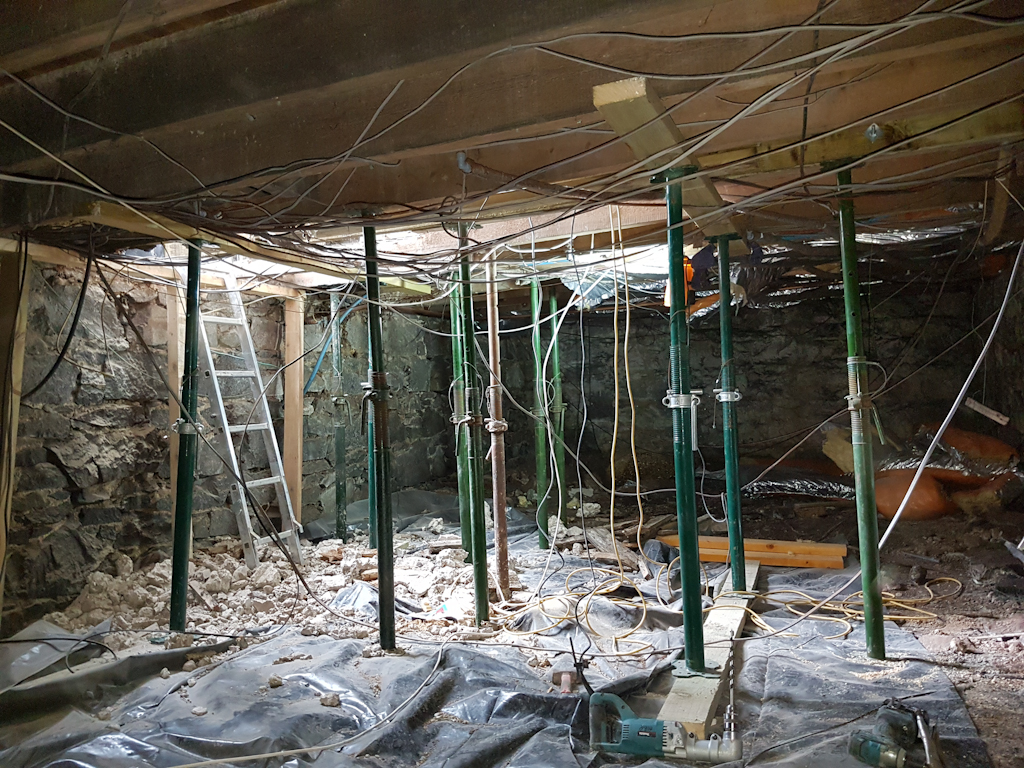