Wet rot was found to be affecting the joist ends at the front and rear of this detached property, caused by a build-up of debris sitting on the wallheads, retaining moisture and affecting the wallplate and joists.

In total, 38 joists were repaired with treated sections which were bolted after being wrapped in a dpc ‘sock’. All cut ends (old and new) were treated with a deep penetrating paste that prevents decay.

These areas were then re-floored and treated in-stu.

Penetrating Damp was also the cause of some work that was required in two gable end areas of the property. The affected plaster, lath, framing and ‘dooks’ were removed, the masonry brushed down and treated, new timbers installed and a foil backed plasterboard fitted.

Evidence of woodworm was also found throughout, which was treated for. 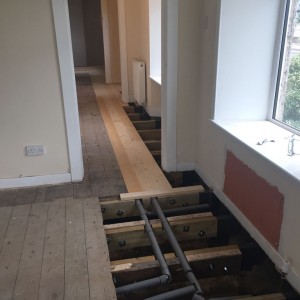 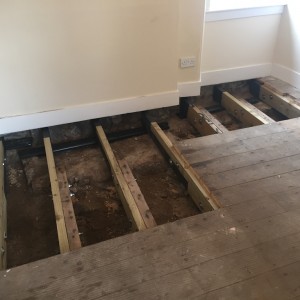 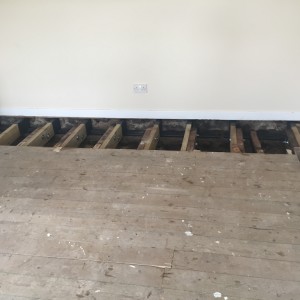 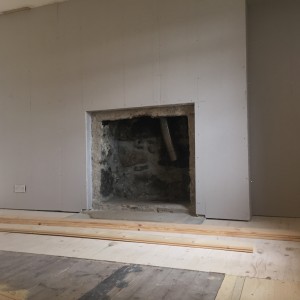