This ground floor tenement property in the city centre of Aberdeen was producing some very high moisture readings around the external areas of both the front and rear rooms. After some further investigation by the uplifting of the floorboards, it was clear to see that a build up of debris had occurred around the ends of the joists, which had resulted in its decay.

The floorboards in each of the three rooms were uplifted, debris removed, joist ends cut-off, new joist sections fitted with engineer bolts, then new 28mm tongue and groove flooring, as per the original, was laid. 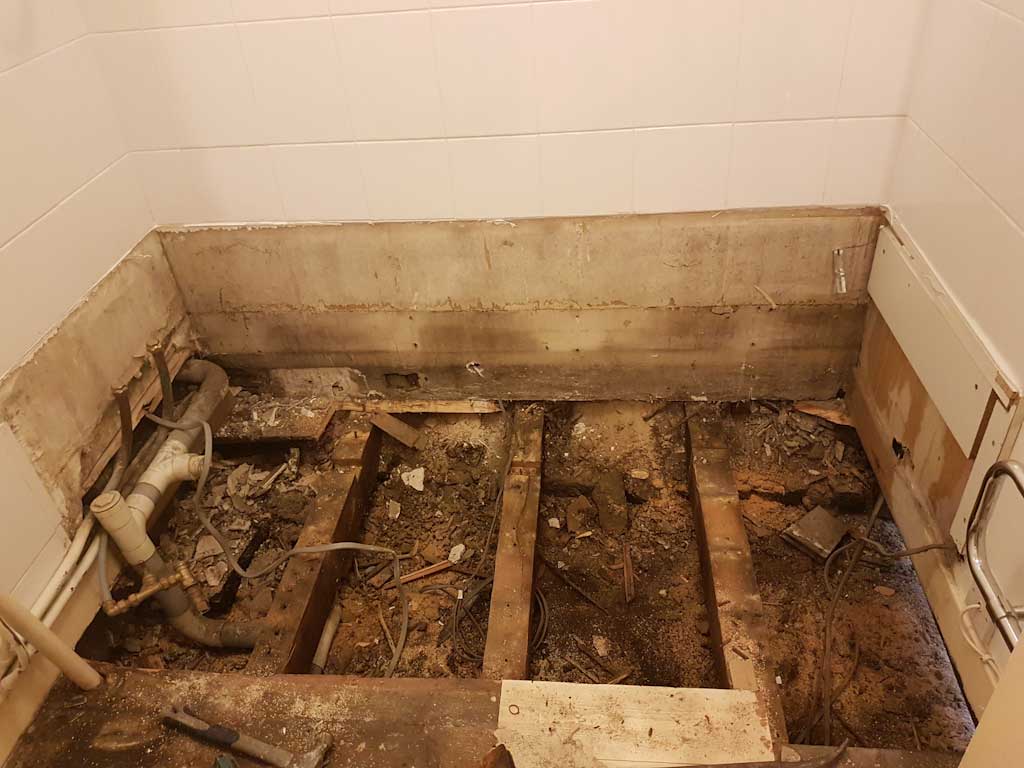 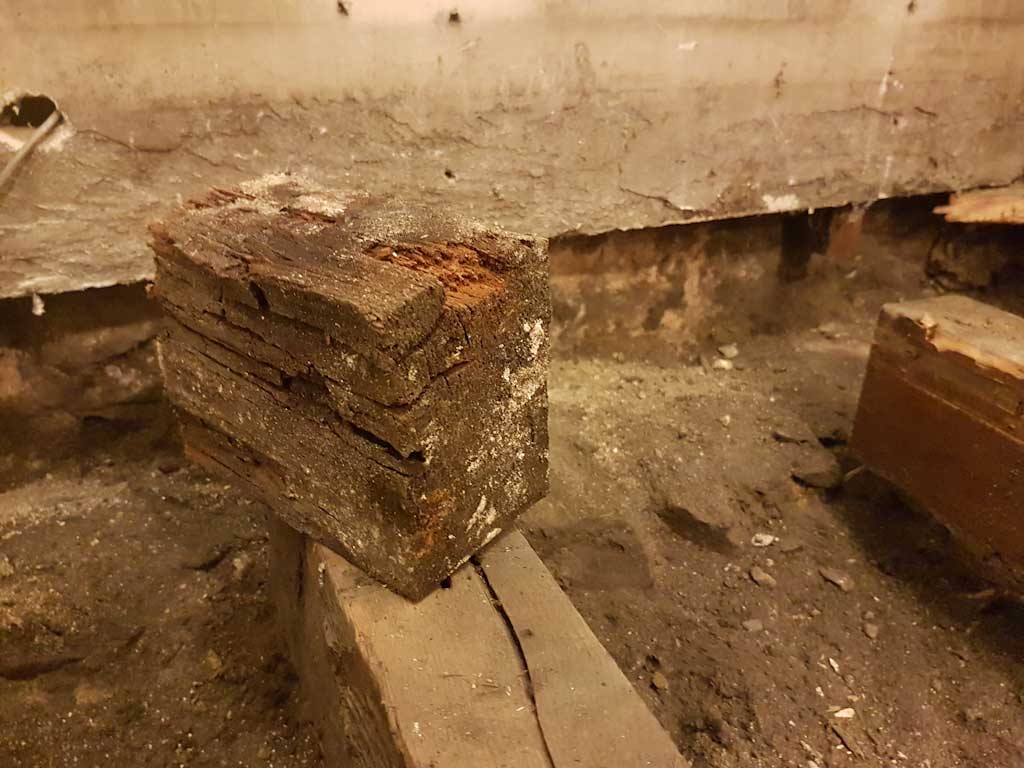 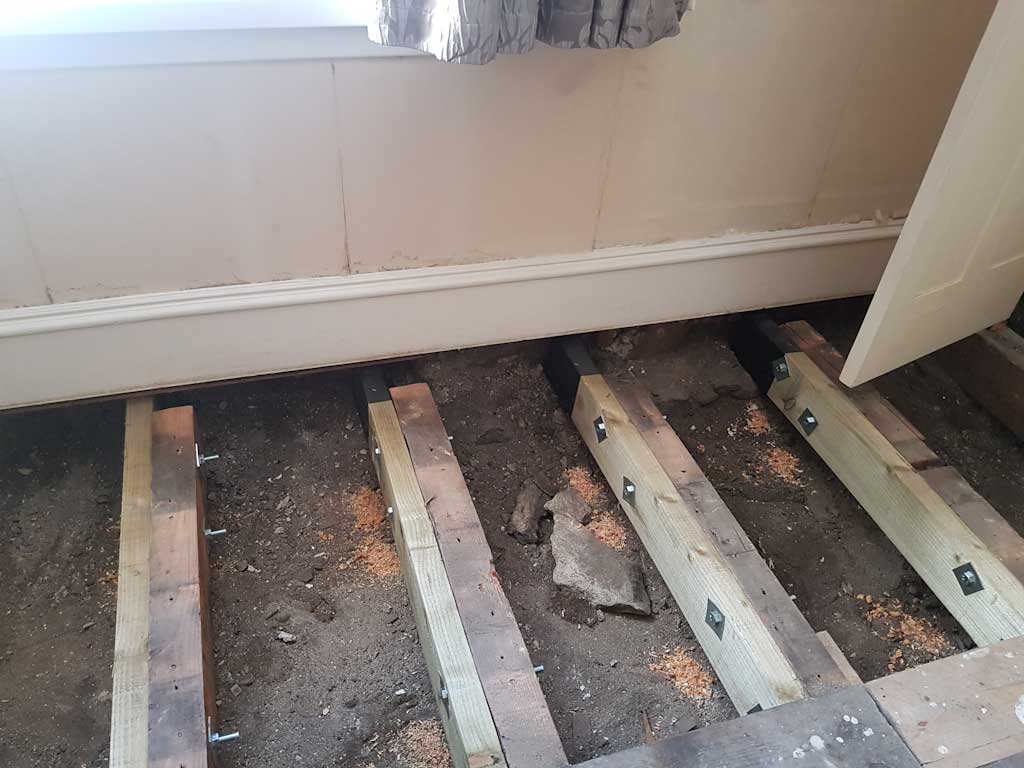