We were called to investigate some damp issues in this ground floor property in Rosemount, Aberdeen.
External pointing work had been carried out to the gable end of the property, prior to the occupation of the current owners, which indicates a previous issue and possible ingress of water. Visibly, various areas of the internal fabric could be seen to have damp patches, with some prominent sections leading us to believe there was a build-up of debris behind the traditional lath and plaster walls.

We exposed the area in question, and sure enough, large areas of debris had collected at the base of the wall and around where a fire would have been at one time. The traditional frame fixings or ‘dooks’ were seen to be drawing in moisture also, along with a timber lintel above the cupboard/alcove.

Once the whole area had been exposed and debris removed, we replaced the timber lintel with a series of pre-stressed concrete lintels, then reframed and sheeted the areas with a foil backed plasterboard ready for our plasterer to apply a skim coat of plaster.

All the electrics were put back in place, and additional framing was fitted prior to the plasterboard going on to allow for the client’s wall-mounted television to be fitted. 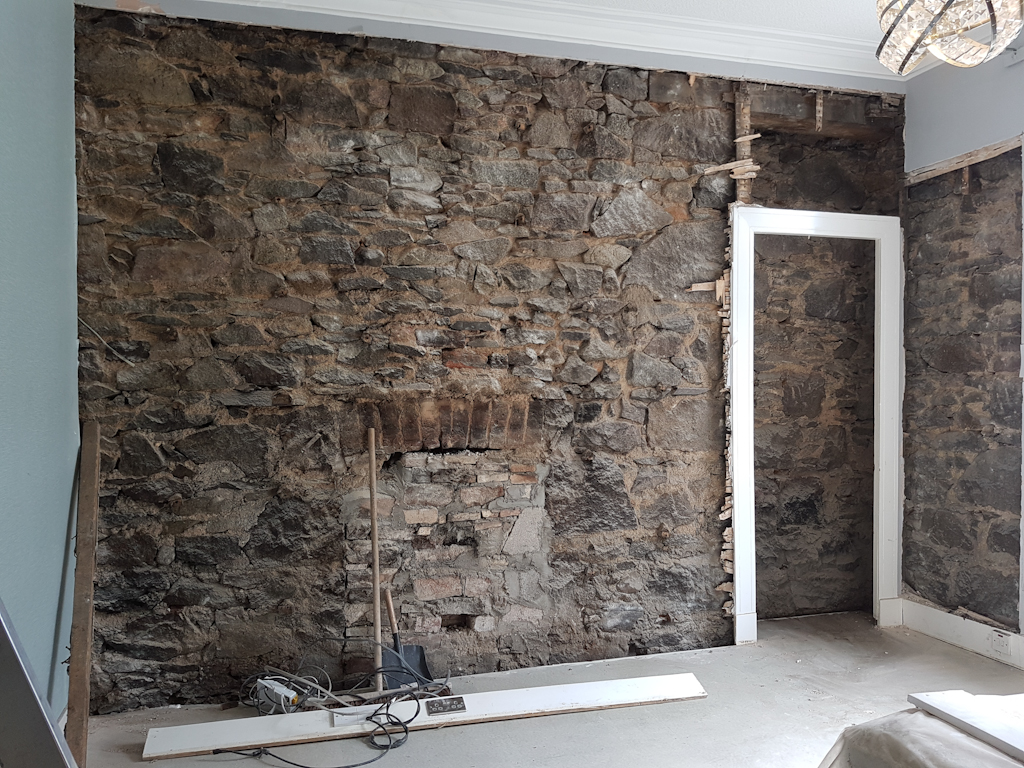 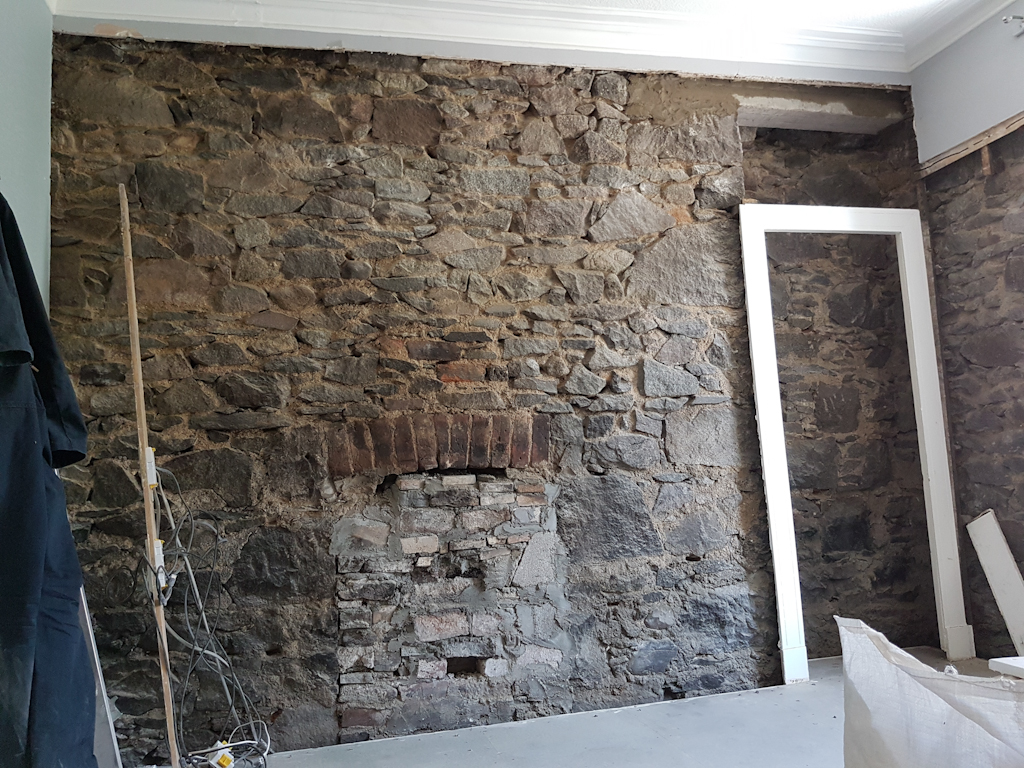 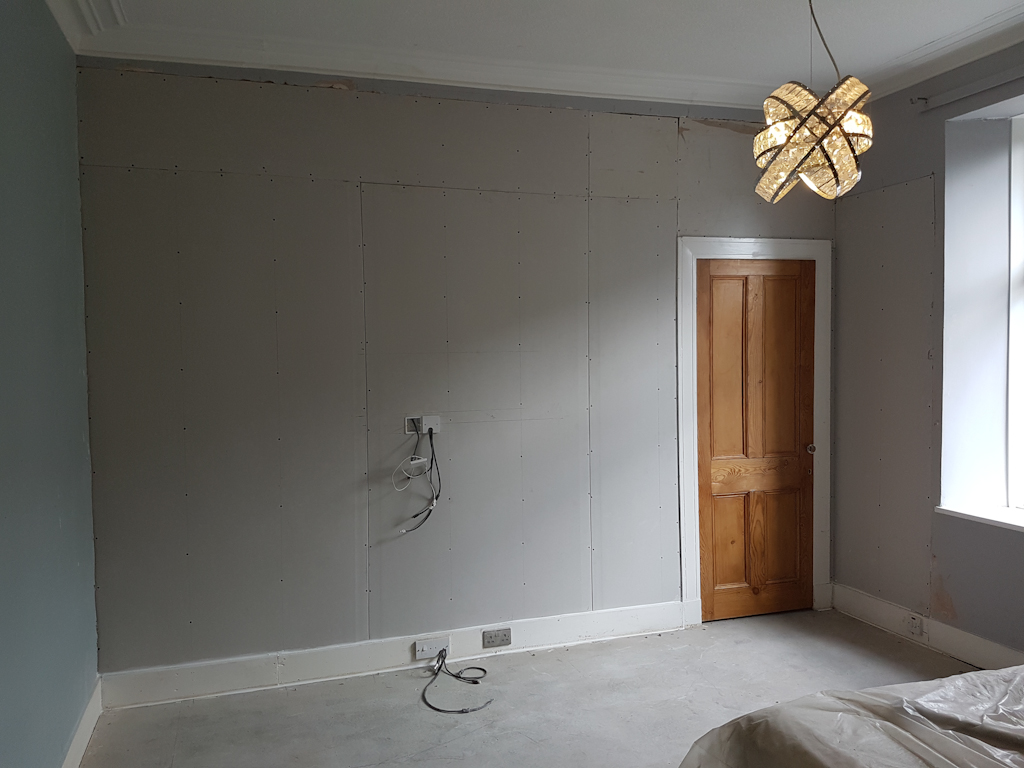