Traditionally, internal walls were either constructed by ‘lath and plaster’ or ‘plaster on the hard’. Lath and plaster involved the application of a ‘haired lime’ over hardwood strips (lath), which was nailed to timber straps that were held in place by wedges or ‘dooks’, which had been lodged into the cracks between the brickwork. A very sturdy fixing indeed, but one which can be susceptible to decay if exposed to moisture penetration. The most common sign of this can be dark/damp spots on the paintwork/paper indicating the location of the ‘dooks’, with the cause being either faulty rainwater goods, pointing, uncapped chimneys or a combination thereof.

The pictures below show the affected areas situated above the fireplace in 3 different rooms at a property near Rothienorman, Aberdeenshire. The top or mantle of fireplaces can also be prone to collecting debris (plaster, mortar and masonry) that has mounted up over the years. In each case, the plaster, lath, framing and dooks were removed, the masonry brushed down and treated with a masonry biocide (for the prevention of fungal growth), reframed with treated timbers, and plasterboard sheeting fitted ready for a plaster coating. 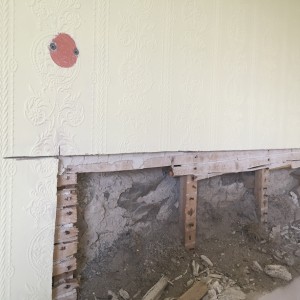 The build up of debris above fireplace mantle 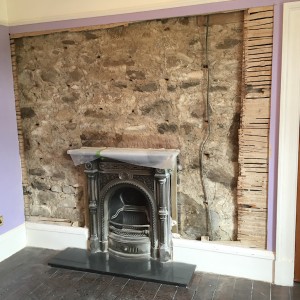 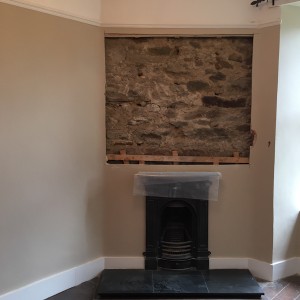 Another area that showed high moisture readings and required treatment 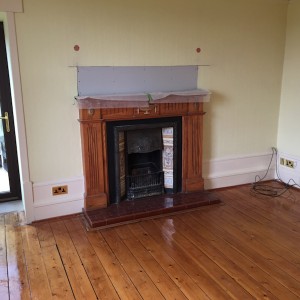 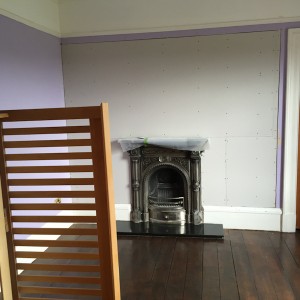 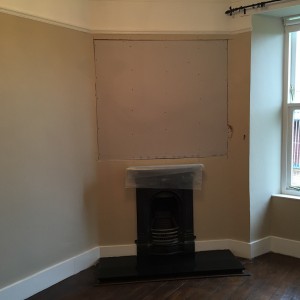